Just like an apple brought Newton to the realisation of gravity, Casio’s lead designer, Kikuo Ibe, had his own ‘apple’ moment. Coincidentally, Ibe’s realisation was not far removed from Newton’s, playing with g-force to come out with the mother of all watches – the Casio G Shock. The rest is history!

Today, the Casio G Shock is unanimously regarded as an indomitable force in watchmaking –the only collection that can boast of being virtually indestructible. And just like that, Ibe became the Newton of watchmaking, changing the laws of horology as we knew it.

In just over 3 decades since its release, the Casio G Shock reigns supreme as the ultimate outdoor sports watch. With a story so great, it changed the course of horological history;I’m but obligated to reiterate the genius of Casio watches.

As all good stories do, Ibe’s too has a touch of melodrama.

His father presented him with a valuable timepiece, which ungracefully fell to its doom –shattering the ticker and Ibe’s heart alike. Distraught over the incident, he resolved to create a watch so powerful and durable, that it would be practically unbreakable.

Ibe put together a small three-member team, rightfully named ‘Project Team Tough ‘at Casio’s studios in 1981 to begin work on his vision. The idea was straightforward: the trio set the standard to manufacture a wristwatch based on the ‘triple 10’ concept –10-meter drop shock resistance, 10-bar water resistance, and a 10-year battery life.Now while most wristwatches pack their movements tightly into the structure, Ibe’s model took a different route.

His unique ‘floating module’ sought to suspend the module within the case with just a few points of contact –thereby effectively rendering it less available to the impact of shock. Best part, he managed to do it all without overusing excessive shock absorbing material. Determined to optimise the new technology in every way possible, the G-Shock was put through a rigorous round of over 200 prototypes. Result? The first G-Shock DW-5000 launched in April 1983, and the many more that followed as pure works of technological genius that are all-time best sellers across the world. Back at home, Casio watches at Ethos Watch Boutiques and similar top line retailers report consistently growing demand cutting across all variants.

With the G-Shock, Casio offered something new and unique to the world, so the success that followed was no surprise. In time, Casio tapped into a niche population, amassing a loyal following of fans. Sportsmen and women, hikers, trekkers, campers, athletes and military personnel were understandably taken with the G-Shock, but it didn’t stop there. Thanks to the technological complexity and superiority of these brands, Casio watches got the vote of tech geeks and gizmo freaks across the globe! But it wasn’t just the technology of G-Shock that caught the world’s eye, its design and aesthetic was equally applauded. And so fashionistas, celebrities, style icons and the likes fashionably joined the ranks of ever-growing G-Shock-lovers. And so the G-Shock became not only a technological marvel, but a global sensation sending ripples across the tech, fashion and watchmaking worlds akin.

Early success did not impede innovation at the house of Casio, the brand continued to strive for excellence, creating model upon model of winning timepieces, each packing new and improved complications and functionalities. The original DW-5000 took the next step in its evolution towards the DW-5600 series, which is still going strong, even today. Come 1989, G-Shock welcomed its first analog model, the G-Shock AW-500.

The 1990’s held much is store for the brand and its iconic line. Along came the first sensor-equipped edition, the DW-6100, with a thermometer feature, in 1992. A year later, 1993 brought us the trademark Frogman DW-6300 –the popularly asymmetrical diver’s watch. The Frogman soon went on to become the most popular model series in the G-Shock collection. While Casio continued to develop their mechanisms, partnerships with clothing and fashion brands helped breach new bounds in the market. Exquisite limited edition timepieces caught the attention of more mainstream wearers, making strategic, fashionable collaborations a routine.

But then came a time when the otherwise sporty timepiece demanded a new look and feel –and so the MR-G series was introduced in 1996, with metal models that could be worn to formal occasions and dressy functions. 1994 was witness to the birth of the Baby-G line – the G-Shock-inspired women’s collection, which went on to become a major hit. Later in 1998, Casio’s first solar powered Raysman DW-9300 was launched, laying the foundation for today’s popular Tough Solar feature. The 2010s saw greater advancement, most iconic of which was the beginning of the much-revered Triple Sensor feature, with the GW-9400 Rangeman.

Since its inception in 1983, G-Shock has led revolutions in the realm of watchmaking. Like a phoenix risen from ashes, the Casio G-Shock was born out of Kikuo Ibe’s unfortunate watch breaking incident –which led to the creation of the G-Shock, the virtually unbreakable watch. 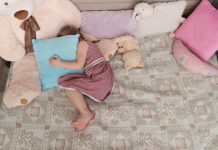 How To Choose The Personalized Body Pillowcase & Benefits 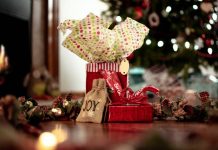 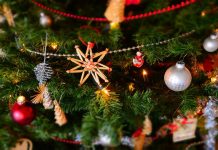 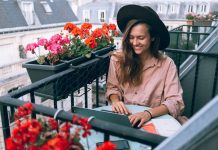 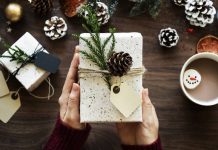 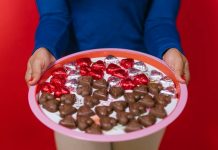 Chocolate Gift Basket: ideal Gift for Everyone on Christmas 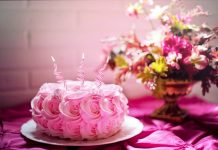 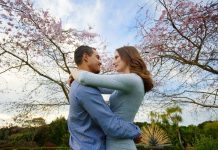 How To Impress Your Darling Wife with Wonderful Gifts 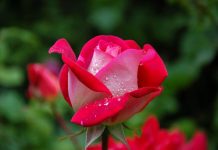 Valentine Gifts Online, Rose Day Gifts Ideas For Her & Him 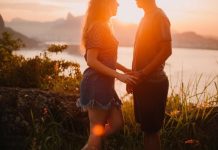 Cute Valentines Day Gift Ideas for Him in 2021 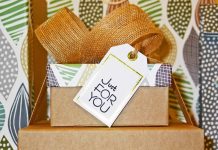 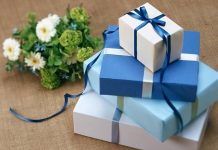 Best 7 Ways To Save On Gift Card Purchases

How To Choose The Personalized Body Pillowcase & Benefits