Not many dogs have the curb appeal of a wrinkly Shar Pei puppy proudly bundling its short little legs down the street. That popularity has only grown since a few celebrity dogs have taken Instagram by storm.

Their puppies are in demand, litters are being sold before they’ve even been conceived and people cannot stop talking about these wrinkly balls of fluff. But there’s more to Shar Pei’s than just a statement. They’re great dogs and have some quirks that all dog-lovers should be aware of.

Index of The Page Contents hide
They’re so stubborn
They smell like popcorn
They are not ‘big pugs’
Like “why is your pug so big” or “is that a fat staff?”
They’re forever playful
They leave you a hairy blanket

Shar Pei’s are ridiculously stubborn and get very agitated by this stubbornness. If they jump on the sofa that they’re not allowed on and get caught, you can be sure you’ll be met with a growl or huff when you coax them off it. Or on some occasions they might just knuckle-down and ignore your cries of ‘off’, only to force all their weight to grip on to the sofa with every last limb. But to those with a Shar Pei, they will tell you this is positive.

It’s character building, it’s fun, it adds some humour to their personalities and keeps you on your toes. Though usually very obedient, they do like to push the boundaries, especially when there is a nice warm patch on the sofa on offer, thanks to a human vacating it.

I love popcorn and maybe this has more to do with my love rather than being wholly factual, but when my Shar Pei’s wake after a long snooze, the oil on their skin causes a very sweet toffee-like smell that reminds me of popcorn.

They are not ‘big pugs’

Shar Pei’s, despite their growing popularity, are still fairly rare, so when you’re walking down the street, you’re going to get some weird questions.

I like those questions though, people are inquisitive and have probably not seen a staff shape bag of wrinkles walking down the street looking all proud and snuffling like a pig before. The rarity only adds to the popularity and for me, is a great plus.

I have a nearly 1-year old bear coat and a 6-year-old brush coat Shar Pei. Although the younger is more playful, the older dog is still full of energy, loves a play and will encourage the puppy to run around with her constantly, play fighting mainly. In my mind she plays more because she’s too stubborn to let the younger pup be dominant. Whatever the reason, every Shar Pei that I have met is still full of energy and joy at every age. Great for younger couples and families. Though, after a big workout, make sure they have plenty of rest before the next play or that stubbornness will return in abundance.

They leave you a hairy blanket

When moulting, Shar Pei’s are a pain in the bum. They curl up in very small balls, usually at the top of the stairs, and upon waking up, leave a circle shaped thick bed of hair in a big clump for you to deal with. Shar Pei’s shouldn’t be clipped because of the protective oils in their skin and hair so put away those dog clippers and get a good hoover.

A bunch of hair may seem like a bad thing, but for me all the traits of Shar Pei’s are character building, they really do have strong personalities and little quirks that in other breeds would be a problem. I for one wouldn’t have my dogs any other way. 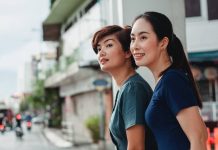 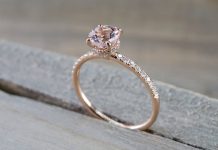 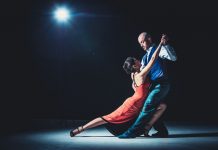 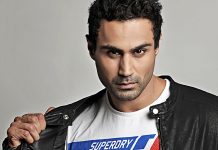 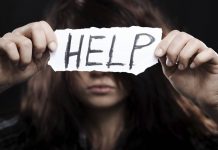 A Look Beyond the Surface: 5 Ways Substance Abuse Can Be Prevented

The Ultimate Soundtrack to Your Stag Do Party